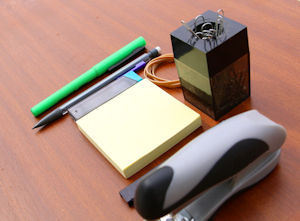 Obsessive-Compulsive Disorder, more commonly referred to as OCD, is often depicted in movies and TV shows. When people think of OCD, what usually comes to mind are people who have obsessive cleaning rituals or strange obsessions with numbers and counting.

When you look closer, though, obsessive-compulsive disorder is a very complex mental illness that has many layers to it. People who suffer from it usually suffer from either obsessions, compulsions, or a combination of the two.

No matter which aspect affects you most, the obsessive-compulsive disorder can greatly affect your quality of life and interfere with your personal relationships. Unfortunately, it's difficult to pinpoint what exactly causes some people to have OCD and others not to. Some factors that might be responsible for the disease are:

Though it can be tricky to diagnose and explain, it's not difficult to treat. Any combination of online therapy, counseling, and medication can be extremely effective at getting your obsessions and compulsions under control.

It's normal to experience brief moments of panic when you aren't sure you locked the door to your house. You might get up to double-check, and in most cases, the anxiety will dissipate after you confirm that the door is, in fact, locked.

This cycle continues to repeat itself until the person finds it impossible to distinguish obsessive thoughts from normal ones.

Some common obsessions people who have OCD might have are:

Many people who have OCD experience only obsessive thoughts without ever performing any rituals. Violent or sexual thoughts are commonly experienced, and since these thoughts are so negative, it can be hard for the individual to shake it off. They take it as a reflection of their character and allow it to continue affecting their life.

Even though the suffering that comes from obsessive thoughts usually happens internally, it is still important the individual seeks help.

Left untreated, obsessive thoughts can eventually lead to depression, self-harming, and even suicide. For those reasons, it's always advised to find a therapist for OCD sooner; rather than later.

Compulsive behavior is what most people think of when they think of OCD. Compulsions are defined as repetitive behaviors or thoughts intended to ease any anxiety that may surface from an obsession.

The most common compulsive behaviors include:

Cognitive Behavioral Therapy (CBT) is one of the most effective ways to treat and maintain obsessive-compulsive disorder. Unfortunately, therapy is expensive and can interfere with your busy schedule, plus, finding a therapist who you feel comfortable with can be hit-or-miss.

Many online therapists use cognitive behavioral therapy for treating obsessive-compulsive disorder. And, because OCD can be such a difficult subject to talk about, you might feel more comfortable talking to an online therapist.

The benefits of using an online therapist are:

The Virtual Therapist Network has a wide range of professional online therapists who are trained and experienced in obsessive-compulsive disorder and can provide you the online therapy you need in the comfort and privacy of your own home.