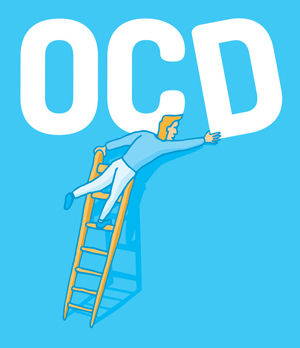 Obsessive-Compulsive Disorder (OCD) is a potentially disabling illness where a person is trapped in a seemingly endless cycle of repetitive thoughts and compulsive activity. In the United States, OCD affects approximately 4.3 million including children and adolescents. Unlike other anxiety conditions such as panic disorder, the ratio of men to women affected by OCD is almost equal.

People with OCD experience distressing thoughts, images, and fears which overwhelm them, causing anxiety, and unease. The feelings of nervousness produced by the thoughts lead the patients into performing compulsive rituals or routines in an attempt to make them go away. Even though these rituals may temporarily alleviate the distress, the person must undergo the rituals, again and again, each time he/she experiences the obsessive thoughts.

Though it varies from one person to another, OCD cycles can last for hours thus affecting the productivity of the concerned parties. OCD sufferers may be well aware their compulsions and obsessions are unrealistic, but they can do very little to stop them. This is where online therapy can help. Online therapy provides a structured diagnosis and treatment procedure, which gives the patient an opportunity to live freely without the anxiety and uneasiness of obsessive-compulsive disorder.

These symptoms may not necessarily appear in all people suffering from OCD. Nevertheless, a combination of two or more should prompt you to find a therapist for professional examination and help.

Despite the research done to find the causes of OCD, the exact cause has not yet been established. However, a combination of biological and environmental factors has been closely linked to the disorder.

Biological Factors – The brain is home to billions of nerve cells that communicate amongst each other and the rest of the body. This communication is made possible through chemicals known as neurotransmitters. According to scientists, OCD is thought to arise from problems associated with the brain pathways responsible for linking the planning and judgment areas with the areas filtering transmissions involving body movements.

There is also growing evidence pointing to the role of genetics and heredity in OCD where symptoms are passed on to children from their parents.

Additional studies have established the existence of a link between Streptococcus bacterial infection and OCD. In instances where the infection is left untreated or recurs, the chances of developing OCD are very high.

Diagnosis and Treatment of OCD

Since OCD requires no lab test to diagnose, an online therapist from the Virtual Therapist Network will base his/her diagnosis on, among other things, the assessment of your symptoms including the time it takes you to perform your rituals. The most effective strategy for treating OCD involves a combination of cognitive-behavioral therapy with medication.

Cognitive Behavioral Therapy (CBT) – Through this approach, people with OCD are taught on how to confront their fears and minimize anxiety without ritual behaviors. When you find a therapist for OCD, you should pay close attention to their qualification and experience in this type of therapy which is also called exposure and response prevention therapy. The main focus of therapy is to reduce catastrophic thinking characterizing the behavior of OCD sufferers.

The good news for people suffering from OCD is they can be treated successfully in the comfort of their homes through online therapy.

The Virtual Therapist Network (VTN) brings together high-caliber therapists who can help you achieve long term relief from symptoms and a return path to normal functioning.