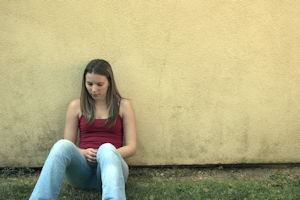 Antisocial Personality Disorder (APD) is one of the most commonly misunderstood disorders. More than just general avoidance of others, antisocial behavior is often characterized as psychopathy or sociopathy in today's culture.

People who are antisocial generally have an overall disregard towards other's rights, and will even go out of their way to violate said rights. If you notice you have a difficult time empathizing with others and it begins to affect your personal relationships, it may be time to look into counseling or online therapy to help you manage your behavior.

Defined by a specific pattern of thoughts or behaviors, people suffering from a personality disorder usually display symptoms of behaviors and feelings that differ significantly from the norm. These disorders are distinguished into three different types: A, B, and C.

With antisocial personality disorder, an individual will continuously violate other's rights, including breaking the law, lying, instigating fights, and impulsive behavior. Other symptoms of antisocial behavior include:

These symptoms usually manifest during childhood but aren't diagnosed until adulthood. The DSM-5 specifically states that antisocial personality disorder cannot be diagnosed until a person is at least 18 years old.

Am I Really Psychopathic?

People who are antisocial are commonly mislabeled as sociopaths or psychopaths. Though the American Psychiatric Association does not explicitly recognize psychopathy as a mental illness, it is generally characterized as a more severe form of APD.

Besides displaying antisocial behaviors, a psychopath typically lacks any feelings of remorse. They are also usually more suspicious than other antisocial individuals.

Antisocial personality disorder is very stigmatized and when those suffering from it are wrongly identified as psychopaths, it can be even more shameful. Despite how common the term is thrown around, only 15% of convicted criminals are actually psychopathic.

This label can hinder someone from seeking professional help for antisocial personality disorder, which is usually the most effective way of treating this behavioral disorder. If you're too ashamed to go into see a counselor face-to-face, finding an online therapist might be your best choice.

The most effective form of treatment for antisocial personality disorder usually includes long-term therapy with a skilled professional. Medication is often coupled with these sessions to aid in the process.

Unfortunately, counseling can often put a huge dent in your wallet and schedule. Whether you don't have the time, funds, or motivation to meet with a therapist, you can always try online counseling.

After finding an online therapist, you can meet with them virtually anywhere, at any time. You will have regular sessions with your therapist, all performed through a video camera, and treatment will be the same as what you would receive from face-to-face counseling.

Treating antisocial behavior can be challenging and requires time and effort, on both your specialist's part and your own. Unlike other mental illnesses, APD does not respond to insight-oriented treatment.

Using cognitive behavioral therapy, your online therapist will work on retraining your mind so that you are able to change the thought process that inspires such reckless behavior.

The Virtual Therapist Network has a wide range of professional online therapists who are trained and experienced in antisocial behavior and can provide you the online therapy you need in the comfort and privacy of your own home.