Why am I so stressed?

For example, at any college counseling center (and among faculty, too) it is commonplace that anxiety and stress are soaring among students. 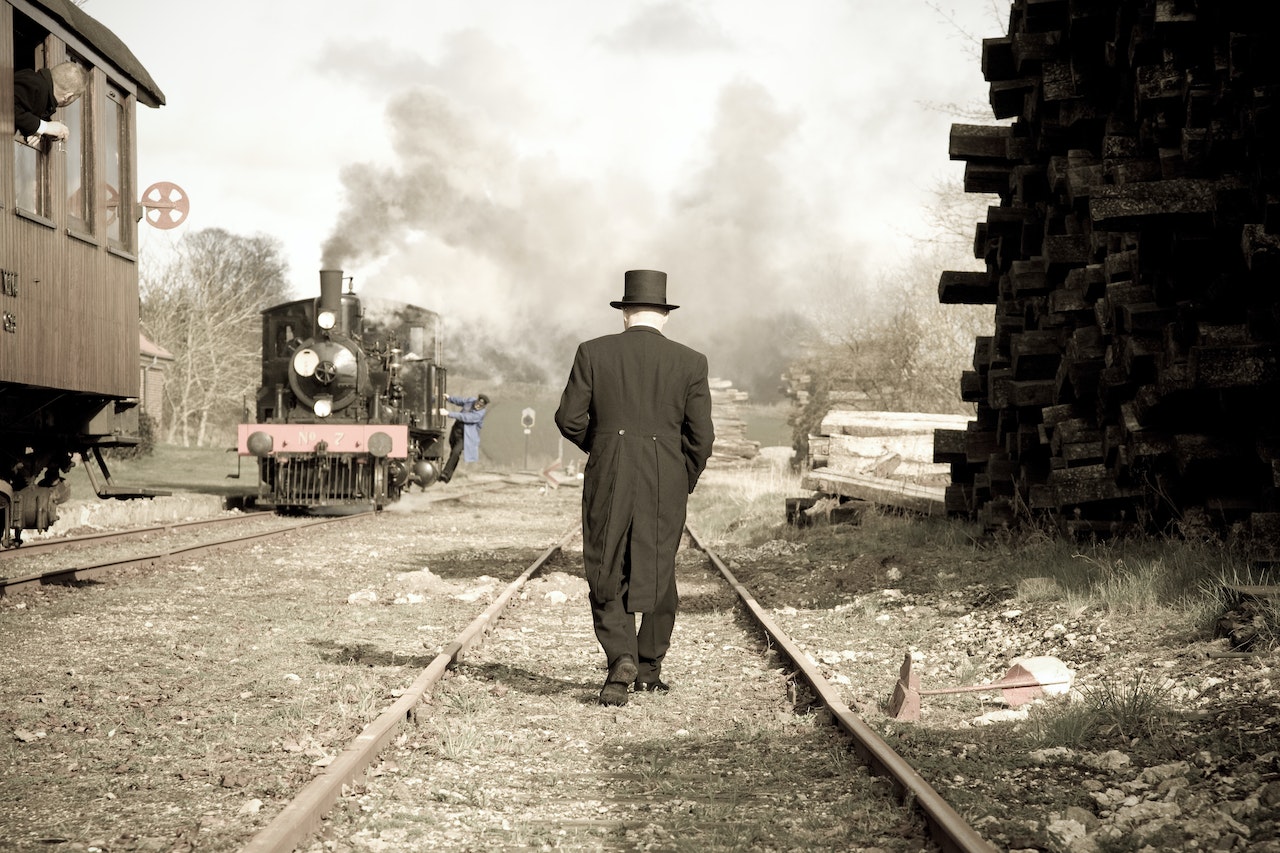 Which seems strange to those of use born before 1990. This is the most prosperous society in the history of the world, and even in our lifetimes, we remember being much poorer as a society. My grandfather longed to go to college, and he had the brains to succeed, but there was no financial aid and he had to work for a living, so he didn't go. Instead, he became an expert

in organic gardening while working full-time as a switch engineer on the railroad. Nowadays, almost anyone can go to college. Admissions counselors at community colleges will tell you that many people "make money" off their Pell grants--they are actually better off month-to-month going to school than not. Unemployment is at historic lows; government benefits help those who lose a job or suffer some other financial reverse. There are fewer wars and war deaths in the world than ever.

It is also much less acceptable now than when I was young for people to drive drunk, or to physically punish their children; very few kids now have to jump up from their beds in the dark so they can work hard for a couple hours--before going to school. Now I realize that I am slipping into "we had to walk five miles to school and back, up-hill both ways" mode! But the point is not that I want to accuse people of being ungrateful. I am marveling that everyone, but especially young people, are so stressed out when times are so relatively good. I think there are definitely several reasons for our paradoxical stress and anxiety. But I will mention only one here (I will discuss more in later posts). One that has been mentioned which I think is particularly worth noting is the changing nature of mass media. This is stressful in at least three ways.

I have noticed that headline writers often do not specify where an event took place. It has been commented that people care less about catastrophes the farther away they are, and this fact is reported with a disapproving click of the tongue ("tsk!"). But the distance factor is actually protective. I cannot fall on my knees and go to pieces for everyone's lost child or I would never get anything done. In the same way, The Other Side, in politics, is always motivated by the most outrageously evil impulses in these headlines; and people On Our Side are always supposedly destroying the baddies "with one tweet!" Politics, more then ever before, has become a gladiatorial contest in which onlookers are not trying to understand matters of State but are instead baying for blood, because baying for blood leads to more clicks. (I say "gladiatorial but it is probably more like what we remember of the 9s on the playground--"so's your old man!")

In the 1970s, when I was a little kid, you watched the news at 6pm, and most of the rest of the time, your eyes saw only the real world, your mouth talked only to real people who were in your presence in real-time, and your ears heard only real noises. There was a slow rhythm to life, and people were calmer. It is a little hard to convey, but I think others who have lived without media will agree that after a few days of nothing but reality, your mindset is more settled, and your thoughts more deliberate. Today, there is a lot more content, most of it video, and it is presented to us dozens of times a day. I mean by this not only hard news but every other kind of content, too. I love music on the radio and online, and I love talk radio and podcasts, and youtubes; but consider that 100 years ago, music was usually only heard in the evening--when you made it yourself! Debates, lectures, and sermons were highly valued, but they were usually heard but once a week. When you had the treat of hearing a public speaker, they would sustain a thought or line of argument for over 45 minutes or an hour. Children were expected to sit quietly and listen that whole time! Before you screech, "cruel and inhuman!" remember that children actually learned to sit still and take in long sermons and speeches. I remember beginning to understand and enjoy long sermons and speeches (in both English and Portuguese!). While I do not have figures at my finger-tips, I am sure that there have always been kids who had major problems sitting still and focusing; but I also feel that those higher expectations helped those of us who were a little more marginal ("sorta ADHD"). Though it may be impossible to find out for sure, now, I also suspect that fewer adults had racing thoughts under that old, "impoverished" condition.

When I was a kid with a paper route, I used to sit and read the daily newspaper for 45 minutes. Reading an interesting story became reinforcing to me, and my newspaper reading would therefore be reinforced maybe 10 or 12 times of an afternoon. Now, the same number of rewards is available to us in just 120 seconds. Video games are even much worse because they over-stimulate us, and they are frequented more often by people with developing brains.

How can I be less stressed and keep my media habits?

Uh.... While there are many effective strategies for dealing with stress and anxiety, the classic counseling strategy is likely to be the most effective: prevention. I'm sorry, but you will have to take the decision to make your brain "eat its vegetables": serve your mind things that are of eternal value, things that are good, true, good, and beautiful. Limit the "junk food"--loud, exciting, and trashy modern media. I am willing to bet that your stress and anxiety will become much less of a problem! If you want to discuss stress and anxiety with me, click here.