A Consumer’s Guide to Antidepressants 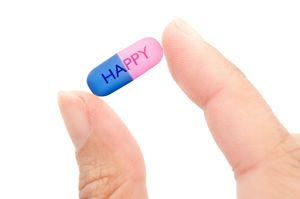 If you have been diagnosed with depression or a mood disorder, it is likely that you will be prescribed an antidepressant to help alleviate your symptoms. As a consumer, you have the right to know what these drugs are, how they work, and what they can and cannot do.

Antidepressants are prescribed psychiatric medications that are used to alleviate the symptoms of mood disorders, such as major depressive disorder (clinical depression) and anxiety disorders. They will not cure a disorder and they do not take effect instantly. Generally, you should wait at least six weeks before deciding that a certain medication is ineffective. Antidepressants alleviate symptoms by altering the levels of certain neurotransmitters in the brain.

Who Can Prescribe Antidepressants?

Is There More Than One Type of Antidepressant?

Is There a Risk of Suicide or an Increase in Suicidal Thoughts?

The FDA requires antidepressants to carry a black box warning. Children, teens and young adults between the ages of 18 and 24 may experience increased suicidal thoughts or behavior while taking an antidepressant, especially in the first few weeks. Family members, teachers, friends, and health providers such as their therapist or doctor should watch for any indicating signs that the patient is thinking of suicide. When placing one of these patients on an antidepressant, the doctor has decided that the benefits far outweigh the risks.

How Do I Know Which Antidepressant is Right for Me?

Your doctor will take quite a few factors into consideration when prescribing an antidepressant, including the possible side effects, its effectiveness on a close relative, such as a parent or sibling, its interaction with other medications you are currently taking, and any other health conditions you have.

Get professional, online help with information about antidepressants and its use at the Virtual Therapist Network