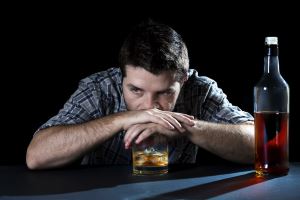 Alcoholism, also referred to as alcohol abuse or alcohol dependence, is a condition described as the dependence upon and repeated use of alcoholic substances. Experts attribute this condition to a psychological and cognitive dependence with the potential of causing extensive tissue damage and even disease across the body.

In 2012, the National Institute on Alcohol Abuse and Alcoholism, one of the 27 centers and institutes making up the National Institutes of Health, estimated over 17 million or 7.2 percent of American adults aged 18 years and older had Alcohol Use Disorder (AUD). This number included 11.2 and 5.7 million men and women respectively. Adolescents are also prone to AUD as revealed by the research report.

Alcohol abuse is one of the most rampant forms of drug and substance abuse. Excess consumption of alcohol has been linked to a wide range of social, mental, and physical problems due to its behavior-altering properties. It causes among other conditions; cognitive impairment, liver disease, the tendency to commit crime, and enhanced risk of accidents.

There are two main forms of alcohol overindulgence:

Hazardous Drinking – This refers to a form of alcohol abuse where the person regularly exceeds the daily alcohol limit and drinks large amounts at a time. It is also referred to as binge drinking and puts you at risk of psychological and physical harm.

Harmful Drinking – This is when a person exceeds their weekly recommended limit and as a result experiences health problems which can either be physical or psychological.

The moment you notice any of these tendencies developing, you should immediately find a therapist for alcohol counseling, so the problem can be tamed before it balloons into chronic alcoholism.

Drunkenness occurs in stages. The central nervous system, the center of coordination and control, gradually loses touch and sensitivity as the concentration of alcohol within the blood system increases. The following are the main stages in alcohol intoxication.

Euphoria – This stage is characterized by feelings of happiness and merry. It gives you more confidence even to say things you would not dare speak when you are sober. The length of your attention span starts to decrease and your reactions gradually slow down.

Excitement – At this stage, you will experience a loss of emotional control and your ability to judge, perceive, or store memories. You will also find it increasingly difficult to maintain your balance.

Confusion – Feelings of confusion, dizziness, and emotional upheavals are manifested at this stage. Your ability to coordinate your muscles is also greatly affected along with your perception of color, dimensions, form, and motion.

Stupor – This stage ushers you into a complete loss of motor functions. Your general responsiveness may come to a halt, making you incapable of walking or standing. Severe instances of stupor make it likely to vomit and lose control of your bowels or bladder.

Coma – This is the penultimate stage where you become completely unconscious and your body temperature falls or rises dramatically. You may also experience circulation and breathing problems.

Death – This is the final stage for chronic alcoholism. Most people die from respiratory arrest.

When you get past the euphoria stage, it becomes difficult to stop drinking and at this point, you should consider online therapy for your drinking problem. Remember the more you drink, the more you will find it difficult to put down your glass and go home.

The first step to fighting alcohol and depression starts with admitting the problem. Alcohol addicts often convince themselves and justify their actions making it difficult to be helped. Through Cognitive Behavioral Therapy (CBT), the therapist will break particular psychological and emotional ties linked to your habitual behaviors. This will open your mind, so you can understand the thought processes and underlying feelings causing your addictions. Thereafter, you will gradually learn how to control your impulse to drink.

The Virtual Therapist Network has a diverse list of online therapists who offer professional guidance and support to people struggling with alcohol abuse.