Five Signs You May Have Adult ADD 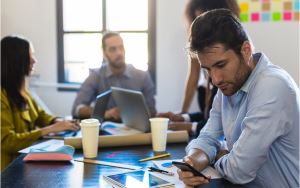 Many people - too many - think ADD is always ADHD, and always affects children. Some people even think it is more or less an excuse for rowdy behavior in young people, mostly toddlers, and older infants. However, it is a condition that sticks around into adulthood for many people, and one which in many cases has gone undiagnosed for that long. When it raises its head, it can be hugely damaging and this is why it is vital to get diagnosed if you have it.

The first sign that leads some people towards a diagnosis is forgetfulness. It's a simple enough matter; you turn up to work or appointments late or without specific equipment because you forgot about them. You prepare a cup of tea, but forget to boil the water. Some people get out of the shower with shampoo still in their hair because they forgot to rinse. It's amusing to some people, but if you're forgetful about small things you can end up forgetting more important ones.

A second sign that often points towards ADD is procrastination. Again, this is something that in isolation can just be annoying or inconsiderate behavior. But for people with ADD/ADHD, starting a new task can seem almost insurmountable. They don't know where to start, are easily distracted, repeatedly stop because they've realized they don't have a key piece of equipment. If you're working with someone who has ADD, it can be very frustrating - and as apologetic as they may be, it's still hard to be patient with them.

This goes hand in hand with a third sign that someone has ADD - difficulty with prioritizing. This may be hard to identify, but it is most likely to appear when the person is carrying out a complicated or structured task like cooking a meal. They'll spend a long time making sure the garlic is finely chopped, but then stand there for a little while because they've forgotten to boil water or heat the oil. Doing what is needed, when it is needed, is a constant challenge.

If you have ADD/ADHD, you may find that you are often drawn into arguments because your forgetfulness and procrastination irritate other people. People with ADD often feel like they are being unduly targeted and struggle to control their emotions. This anger usually subsides as quickly as it arises - but if the situation of exploding with anger when criticized for slapdash behavior sounds familiar, there's a chance you have ADD. Specialists indicate ADD is often accompanied by a tendency towards either depression or anxiety.

Finally, a symptom of ADD/ADHD which is often recognized in children - and if you are in your late thirties may once upon a time have been put down to you being a child - is poor concentration and focus. If you're used to being asked whether you're paying attention, or often find yourself zoning out even during important conversations, it may be time to look into whether there is a mental health reason behind it.

With treatment, many sufferers find that they can get the better of their symptoms most of the time, and with the understanding and patience of people close to them, they can make big improvements in their quality of life. What's really important is to not dismiss the possibility of ADD just because you think you're "too old." Advances in diagnosis have been made steadily in recent years, so something that may have been missed twenty years ago would most likely be picked up by a doctor right away now.

What are you waiting for? At the Virtual Therapist Network, help is just a few clicks away and you can start improving the quality of your life from the comfort of your own home!